We are seeing an all-time high in the number of disease cases. This is not a coincidence. People are suffering.

We are ill-equipped to deal with tragedy, heartbreak, and any of the things that create a catalytic break in us.  When this pours in we don’t know how to deal with it and often don’t fully deal, if at all.

In this episode, Dr. Chris Holder shares how chronic disease often has psycho-emotional roots creating the perfect soil for illness to take hold. When we learn how to manage our energy, everything upgrades. When we are able to tap into accessing who we really are, through our spiritual practice, this is when we become unstoppable. 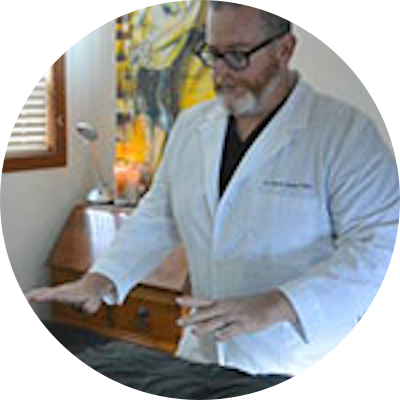 Over 10 years ago, Dr. Christopher R. Holder began his life’s calling in the world of Chinese Energetic Medicine, Esoteric Daoist Mysticism, and training in the Chinese Martial Arts. Learning under the tutelage of Sifu Dr. Jerry Alan Johnson, Dr. Holder immersed himself in the ancient trainings of each and found a home in the mystery of the Chinese arts.

Prior to this, Dr. Holder had already established himself as a widely recognized authority in the collegiate strength and conditioning world. Known as one of the most progressive thinkers in the field, he single-handedly brought kettlebell training to the forefront of athletic development at all levels.

Taking that one step further, as Dr. Holder conducted his own research on Qigong, he immediately began to implement some of the practices from his energetic and Daoist training to athletic preparation. Upon finishing his Doctoral Thesis, Dr. Holder was at the forefront of research on the impact of regular Qigong exposures on not only athletic performance during competition but led a first-of-its-kind study investigating how regular Qigong practice can have enormous benefits for the strength-trained athlete.

In 2011, just prior to receiving his Doctorate in Medical Qigong, Dr. Holder was ordained priest in the Tian Shi (Celestial Master) Lineage of the Zhengyi (Orthodox/True One) Daoist sect.

From 2013-18, Dr. Holder ran a private Qigong clinic, worked as a strength coach, and conducted research in San Luis Obispo, CA. During that five years, and with a hunger to learn and experience other traditions, Dr. Holder studied multiple Shamanic, Pagan, and Buddhist traditions to further his understanding of what moved his patients spiritually. Concurrently, he researched the effects of Qigong on brain traumas and developed protocols to treat and correct concussions, particularly in athletic situations.

In late 2018, Dr. Holder moved to Southern California and accepted a job working with the country’s premier high school athletics program as their director of performance. Additionally, he joined Sifu Johnson as a senior disciple and teacher’s assistant for his Doctor of Chinese Energetic Medicine program currently underway.

Dr. Holder makes his home in Downey, CA, and is married to his wife, Jessie. The Holders have three children, Elogious, Delaney, and Avery.